In 1976 Virginia Hogan, SSJ, the conductor of the Diocesan Festival Chorus in Rochester and music director for the Sisters of Saint Joseph Motherhouse Chapel, was asked by Perinton’s Clergy-Lay Council to prepare a concert for the town’s Bicentennial Celebration of the Independence of the United States. Calling on town residents, Virginia brought together 40 singers for this concert. Later that year a small orchestra joined the group to perform Handel’s “Messiah”, initiating our organization. Incorporated as the Perinton Community Chorus and Orchestra, the group grew from 40 singers to well over 130 singers and instrumentalists from not only Fairport, but also Rochester, Pittsford, Penfield, Victor, Greece, Webster, Honeoye Falls and other towns east of the Genesee. With representation from many towns in the Greater Rochester Area, the Perinton Community Chorus and Orchestra changed its name to the Genesee Valley Orchestra and Chorus (GVOC).

Virginia applied her skills not only to the musical direction of GVOC but also to organizational development and administration. Her efforts were key to GVOC’s growth and longevity. During the 1980’s and 1990’s GVOC travelled to Europe presenting concerts in England, Scotland, Wales, Ireland, Austria, Germany, Switzerland, and Italy. In 2003, Virginia retired and Raffaele Ponti assumed leadership as GVOC’s music director until 2012, when Edward Schell became its interim conductor.  In 2014, Dr. Christoper Petit assumed leadership as GVOC's Music Director.  Dr. Petit has moved GVOC forward as a group and develops inspiring programs that thrill audiences near and far. 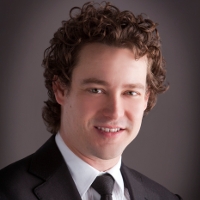 Christopher Petit received his Doctor of Musical Arts degree from the Eastman School of Music. In addition to directing the Genesee Valley Orchestra and Chorus, Chris is the organist for the University of Rochester’s Protestant Chapel Community, a member of Christ Church Episcopal’s Schola Cantorum, an accompanist for the Eastman Community Music School, and a freelance performer on organ, harpsichord, and piano. In his spare time, Chris can be found playing tennis.

CORONAVIRUS UPDATE - At this point in time, GVOC is operating virtually until the science bears out that it is safe to come together and make music together in person again.

The chorus rehearses at Johanna Perrin Middle Schools on Tuesday evenings from 7-9pm (85 Potter Pl, Fairport, NY 14450) September through May.

The orchestra rehearses at Johanna Perrin Middle Schools on Thursday evenings from 7-9pm (85 Potter Pl, Fairport, NY 14450) October through May.