Madrigalia delights audiences with its beauty of sound and artistic excellence. The 18-member ensemble of highly skilled vocalists presents unique and challenging programs of choral music built around intriguing themes. Their music is drawn from all times and places, spanning the riches of classic choral styles, the vast range of compelling music being written in our time, and the intriguing musical expressions of cultures throughout the world. Madrigalia promotes the appreciation of choral singing to diverse audiences through performances, recordings, broadcasts, outreach, and the commissioning of new music. 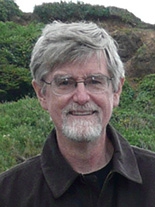 Artistic Director Cary Ratcliff is now in his sixth season with Madrigalia. Under his direction, the chorus has released two CD recordings: "For Better, For Worse: Music About Marriage", and "On This Day Earth Shall Ring." The chorus also contributed to the recording of Ratcliff’s large-scale opera "Eleni." Known as a composer of choral, orchestral, chamber music, art song, and opera, Ratcliff also is keyboardist with the Rochester Philharmonic Orchestra. Recordings include a Harmonia Mundi 2015 release of his oratorio "Ode To Common Things" on poems of Pablo Neruda, by Conspirare under Craig Hella Johnson, which was nominated for Best Choral Performance for the 2016 Grammys; and "Kathryn Lewek Sings Cary Ratcliff" on Albany Records. His compositions can be explored at www.Ratcliffmusic.com He and his wife Marjorie Relin enjoy biking, folk dancing, gardening, traveling, and spending time with their seven grandchildren.