The Greater Rochester Choral Consortium mourns the loss of Roger Wilhelm. He passed away October 3, 2021; he was 84.

One of the “founding fathers” of the Consortium, Roger will be remembered for fostering professionalism and collaboration amongst the greater Rochester choral community.

Over his distinguished career, he directed many choruses including the Rochester Oratorio Society, Madrigalia, Opera Under the Stars Chorus, and more. Roger led memorable concerts of major works, numerous adventurous contemporary pieces, topical works, and many premiere performances of commissioned works. Roger prepared choruses for performances alongside the Rochester Philharmonic Orchestra and Chautauqua Symphony Orchestra, welcomed prominent solo artists to the stage, and led groups on international tours.

In 2013, Roger endowed a grant program through the Greater Rochester Choral Consortium that provides seed money for member choirs undertaking initiatives outside their usual realm, ensuring that his legacy of advocacy for new music, progressive choral programming and high standards endures.

The GRCC family, our colleagues in the choral community, and all those whose lives were touched through Roger’s leadership, vision and inspiration, will remember him warmly and with gratitude. 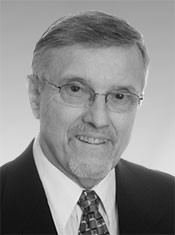